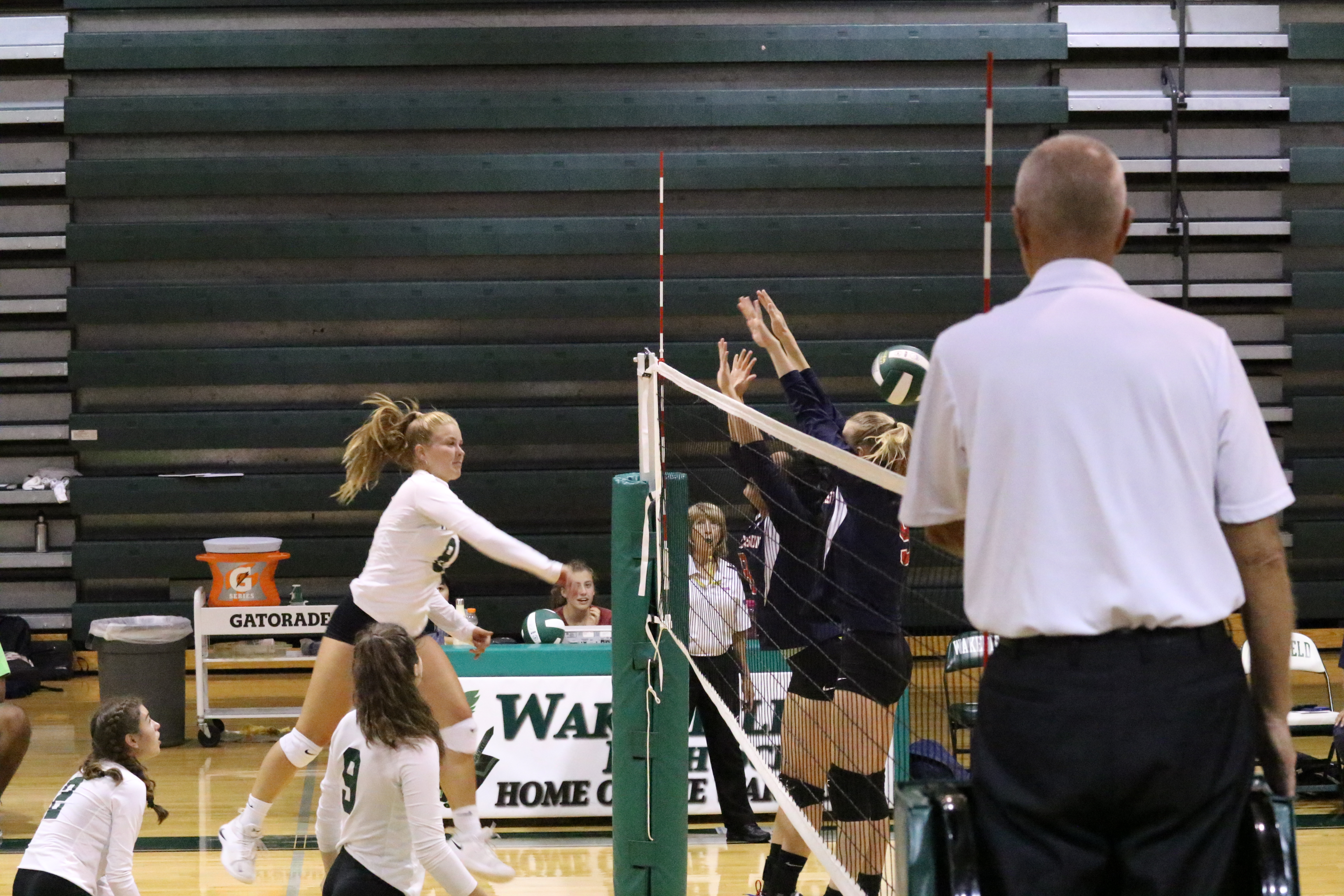 Wakefield Warriors Varsity Volleyball pulled out a victory in 5 sets over the Thomas Jefferson Colonials as they opened their district season at home on Tuesday evening.

The Warriors came out on top with 27 aces and 26 kills. M. Temoshok led the serving effort with 11 aces. The Colonials matched the Warriors with tough blocking and strong defense, pushing the final two sets to extra points. The Warriors clinched the win with a final ace by D. Alcorn.